Klayman: I Would Not Recommend Kavanaugh Who Believes Mass Surveillance on the American People Is "Peachy Keen!" See Freedom Watch's Judicial Selection Strike Force at www.freedomwatchusa.org 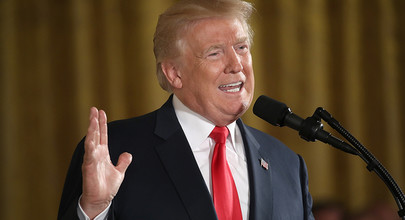 Trump releases updated short list of potential Supreme Court nominees
By Nolan D. McCaskill
POLITICO
November 17, 2017
"President Trump will choose a nominee for a future Supreme Court vacancy, should one arise, from this updated list of 25 individuals," the White House said in a statement. "The president remains deeply committed to identifying and selecting outstanding jurists in the mold of Justice Gorsuch. These additions, like those on the original list released more than a year ago, were selected with input from respected conservative leaders."

As the presumptive Republican presidential nominee, Trump initially released a list of 11 potential justices in May 2016. He added 10 names during the general election in September, including Neil Gorsuch, the man Trump successfully tapped in January to replace the late Antonin Scalia on the high court.