KLAYMAN: A Plan to Police Federal Judges: They Must Obey the Same Laws We Do
Support the Work of Freedom Watch at www.FreedomWatchUSA.org and Donate to Our Judicial Selection Strike Force 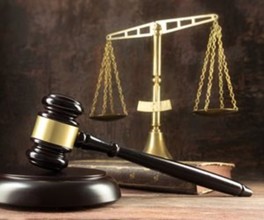 By Larry Klayman
Newsmax
April 5, 2018
On July 29, 1994, I founded Judicial Watch to police judges, after 17 years of toiling in the legal profession, having spent a few years as an associate with a prestigious Miami, Florida, litigation law firm, moving after that to the Antitrust Division of the U.S. Department of Justice as a trial attorney serving on the team which broke up AT&T and creating competition in the telecommunications industry, and then as a senior lawyer with an international trade law firm. In 1983, I left to start my own legal practice in Washington, D.C.

Throughout my time as a trial lawyer, I had encountered judges, particularly on the federal bench, who were neither the best nor the brightest the profession had to offer, and were either not emotionally or intellectually suited for the job. This sad state of judicial affairs was primarily the result of the way federal judges are chosen, nominated, and confirmed.