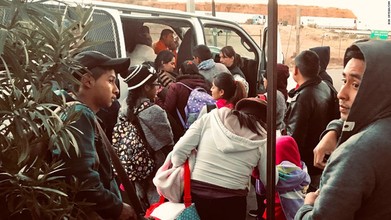 Chief Justice John Roberts sided with the four liberal justices in the 5-4 ruling.

The administration's policy, signed on November 9, would temporarily bar migrants who illegally cross into the US through the southern border from seeking asylum outside of official ports of entry. A federal judge in California quickly blocked the order, and the 9th US Circuit Court of Appeals agreed.